Welcome to part one of our of A-Kon 25 Special!

We had a blast at this year’s A-Kon held in Dallas. It was a great year for us to attend since it was the 25th anniversary of the convention. That means there were a ton of guests, so we’ve broken up the podcast into two parts with four interviews this week and four next week. So stay tuned for more amazing guests!

This week we have returning guest Kristen McGuire, plus Michael Sinterniklaas, Taliesin Jaffe, and Kyle Hebert. 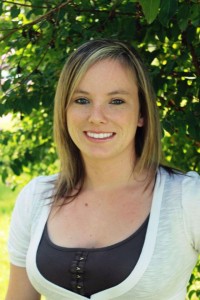 Our first guest is now recurring guest Kristen McGuire. She’s back to give us an update on the past six months and what a doozy it’s been. Thankfully some of her NDA’s (non-disclosure agreements) have expired so you can catch her in Haganai Next, Date A Live, and Ben-To. She’s also just finished one of her comic series “Enchanted” with the publication of volume 6 and shares with us some of her future plans. Lastly, she is currently running a GoFundMe to raise money for her to get a Diabetic Alert Dog. In exchange for money donated, she is giving out different art rewards. If you’d like to help out, you can visit her GoFundMe page.  If you want to check out more of her comics and voice roles, you can at her website, and like her on Facebook and follow her on Twitter. 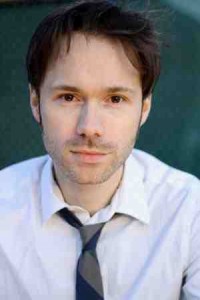 Michael Sinterniklaas is a voice actor, writer, and director as well as the owner of the bi-coastal recording studio NYAV Post. He’s worked in both pre-lay animation and anime and is famous for being Dean in Venture Bros, Leonardo in Teenage Mutant Ninja Turtles, Origami Cyclone in Tiger & Bunny, and many more. Plus directed and wrote for many other projects. Michael shares with us how he started NYAV Post and a secret about Nicki Minaj. If you’d like to know more about Michael, check out his Wikipedia, follow him on Twitter, and checkout some of his latest projects. 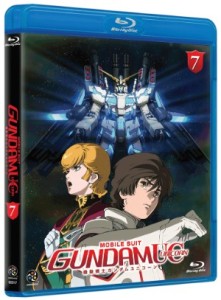 Time of Eve, an anime funded by Kickstarter and just had the English dub finished and is being released soon.

Patema Inverted is by the same director and had a Kickstarter to fund an English dub as well. Currently it is going around film festivals and is supposed to be released in theaters by GKids later this year, with Michael in the lead role.

and is being released on June 17th.

Michael has also worked on A Letter to Momo which is currently making the rounds of a limited release by GKids. It was supposed to be released on DVD this month but has been pushed back until October.

Wrinkles is a Spanish animated film that he’s been involved in that is finally getting a release on DVD July 15, 2014. 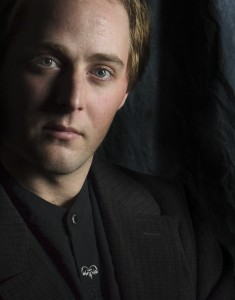 If anyone out of this batch of interviews can be called a Jack of all Trades, it’s certainly Taliesin Jaffe. Taliesin started as a child actor (on some of my favorite shows from the 80s, Explorers and Amazing Stories), before moving on to become an ADR director, script adaptor for animation and video games, and voice actor. In fact, he’s one of the rare people who has worked with nearly every major anime distributor! We tap his insight into the proposed Explorers remake, his experiences with the various studios, how he adapts scripts, as well as being more interesting by liking things. You can check out his Wikipedia for more info and follow him on Twitter and his website. Taliesin has several projects that you should check out.

Hellsing Ultimate 9-10 have nearly completed their dub and will be out soon.

The video game Akiba’s Trip by Xseed was directed by Taliesin and is being released on August 5, 2014. It will be available on both PS3 and PS Vita.  A trailer has just been released as well!

Taliesin is also a frequent correspondent to webseries Chaotic Awesome from BiteSizeTV. They have both their own website and a YouTube channel where you can check it out. 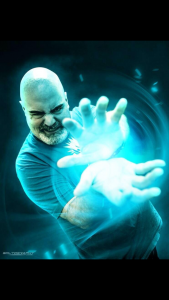 I’ve been a fan of Kyle Hebert for a very long time, back to when he was the DJ Squeege on Radio Disney. Kyle started in Dallas with Funimation as the voice of Teen Gohan and the Narrator of Dragonball Z. From there, he’s moved to Los Angeles where he’s become the voice of Ryu in Street Fighter and Wreck-It Ralph, Kiba in Naruto, Kamina in Gurren Lagann, plus tons of other anime and video games. Check out his credits in IMDB, his own website, and follow him on Twitter and Facebook.

You can catch Kyle easily on Television playing as Bon in Blue Exorcist, episodes 10 – 13 of Attack on Titan, and Kiba in Naruto and Naruto Shippuden; all currently airing on Toonami. Plus he’s in Tenkai Knights on Cartoon Network.

There are 6 comments Join the conversation