Welcome to part two of our of A-Kon 25 Special!

I apologize for this episode being posted a few days later from the intended date, but real life intervened.

We had lots of fun at this year’s A-Kon held in Dallas. We had so many guests that we had to break it into two episodes. If you missed part one you can listen to it here.  We have our final four guests, including the con head, Meri Davis to share tales of A-Kon’s founding and adventures over the years, as part of its 25th year. We hope to have even more guest coming soon! Thanks to everyone that let us chat with them and for the amazing experience.

Our guests this week are J. Michael Tatum, Martin Billany (aka LittleKuriboh), Marianne Miller, and head of A-Kon Meri Davis! 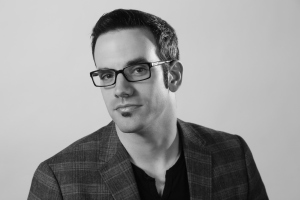 Our first guest is J. Michael Tatum. He is an actor, adaptive writer, and sometimes voice director. He’s the star of many Funimation shows and can currently be seen on TV with [amazon_link id=”B00FXBL1IQ” target=”_blank” ]Attack on Titan[/amazon_link] and Space Dandy, both currently airing on Toonami. We talk about the how he got his hilarious start into voice acting and why you should always read contracts. Plus even talk about weightlifting. You can see his list of accomplishments on Wikipedia and follow him on Twitter. 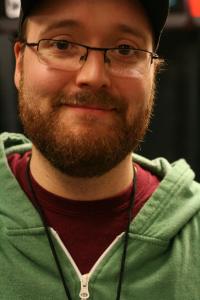 Martin Billany (LittleKuriboh) is best known for starting the abridged internet craze with Yu-Gi-Oh Abridged and then with Naruto The Abridged Comedy Fandub Spoof Series Show. Originally from the UK, Martin has since moved to the United States and has started his working in voice-over in Los Angeles by being in the K-On: The Movie, video games, and other projects that he can’t tell us about yet. Plus he’s lent his voice to many other “abridged” projects including one of our favorites 50 % Off. Be sure to visit his website (and by some merchandise) and follow him on Twitter. 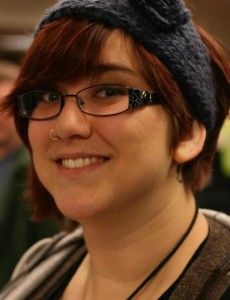 Marianne Miller was a secret guest at A-Kon 25, accompanying her husband Martin Billany, but she is an accomplished voice actress herself! We were able to score an interview with her (our longest and probably funniest) and talk about her experience and adventures. She’s been in Squid Girl, Sword Art Online, Madoka Magica, Snow Queen, many video games and tons of other things that she’s not able to tell us about yet. Plus this doesn’t include her various silly on camera appearances such as Son of Manborg (which we talk about the creation of in the interview). Be sure to check out her site, and you can follow her on Twitter and on Facebook.

Sadly no picture was provided, but we did get an interview with the head of A-Kon, Meri Davis! She gives us the scoop of how A-Kon was started, some of their adventures over the years, and where she sees the convention in the future.