Welcome to our episode for AnimeFest 2014 Part 2!

Again there was a hardware failure at home that took priority so we apologize for the lateness of this episode but we’re proud to present part two of our interviews from AnimeFest 2014! 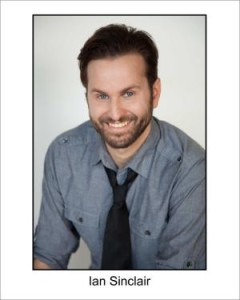 Ian Sinclair is a multifaceted actor, having performed on stage, on camera, and in the world of voice-over. Most recently Ian has been the voice of Dandy from Space Dandy, but he’s also been the voice of Toriko in Toriko (one of my personal favorites), Bardroy in Black Butler, and recently was Whis in the new Dragon Ball Z: Battle of the Gods movie. He  was the voice director of Black Butler and many other shows. He also recently starred in the movie Chariot, which was also directed by Eric Vale. For info on Ian, you can check out his IMDB page as well as his wikipedia. If you’d like to follow Ian, you can on Twitter at @iantweeting.

If you’ve watched anime in the last few years, you definitely have heard of the band FLOW. Since their debut in 2003, they have done numerous theme songs for anime such as Naruto, Eureka Seven, Code Geass, Samurai Flamenco (one of our favorites), and now just out here in the United States, Dragon Ball Z: Battle of the Gods. This is actually FLOW’s second time at AnimeFest and we’re extremely fortunate to have been able to interview them. To find out more about the band, please visit their website, their official Facebook, and their Twitter. Be aware that some of the links may be in Japanese. For more info in English, you can check out their entry on Wikipedia. 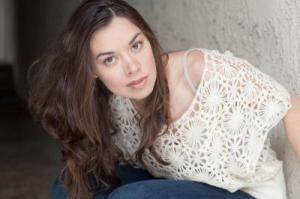 I consider Tara Platt and Yuri Lowenthal one of the great power couples in the voice-over world and we were delighted to get a chance to speak with them both. Both of them multifaceted actors and creators having been on stage, film, TV, and voice-over. In the world of voice-over she has done video games, anime, and prelay such as Temari in Naruto, Agnes in Tiger & Bunny, Ester in Ben 10, Wonder Woman in DC vs MK, among many others. You can follow Tara on her website, her Twitter, and on her Facebook fan page. For more info, check out her IMDB page.

Yuri is also busy on-screen and in the world of voice over. He was in Terminator: The Sarah Conner Chronicles and in Gilmore Girls (which is coming to Netflix next month), as well as starring in the Van Von Hunter live action movie (No one remembers this but me it seems but it was awesome). On the voice-over side of things Yuri has played Superman in Legion of Superheroes, Ben in Ben 10: Alien Force and onwards, Lagoon Boy in Young Justice, Simon in Gurren Lagann, Sasuke in Naruto, Barnaby in Tiger & Bunny, Suzaku in Code Geass, Shinra in Durarara, the Prince in Prince of Persia, Yosuke in Persona, and many more. You can follow Yuri on his website, his twitter, and on his Facebook fan page. For more info, check out his IMDB page.

Now together, Tara and Yuri have done a number of projects together. They have their own production company, Monkey Kingdom Productions. They created the hilarious web series (starring themselves, and a number of voice actors and other cameos) Shelf Life. Finally, they have a wonderful voice-over book, Voice-Over Voice Actor: What It’s Like Behind the Mic, which teaches all about the world of voice-over and the different techniques. It’s even one that our guest Taliesin Jaffe suggested. The book is I personally own the book and I think it’s wonderful. You can check it out at voiceovervoiceactor.com. You can buy the book there, or where ever books are sold.

Tiger & Bunny: The Movie – The Beginning

Voice-Over Voice Actor: What It’s Like Behind the Mic