Welcome to our episode from Anime North Texas 2014!

It’s finally up and ready for your enjoyment. I’m so sorry that this set of interviews has taken so long. Between illness, serious car trouble, new job, failing computer, holidays and birthdays, the universe was conspiring against me on being able to work on this. But now finally everything is done and you can finally hear our interviews with Clifford Chapin, Micah Solusod, and Leraldo Anzaldua.

The format of the interview is a little different this time as we had to sort of rush through the interviews and were in a much different location than usual (we also had people waiting for us to finish) but we still think that the interviews were a lot of fun to do. Thanks to Anime North Texas and all the guests for letting us come and do the interviews. Most of all thanks to all our patient listeners on bearing with us until we could get this interview out.

First up is Clifford Chapin, who is a relatively new voice actor for Funimation but has already gotten some pretty impressive credits in the meantime. He’s played Connie in Attack on Titan, Kaito in Robotics;Notes, and he was just announced as being in Free! Eternal Summer as Takuya. Be sure to check out his wikipedia page and follow him on Twitter (which is full of great musings). Below are some of his works that you can pick up if you want to check out his stuff. 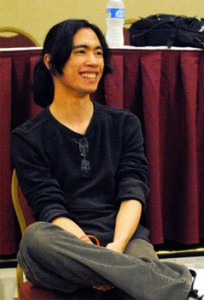 Micah Solusod is a voice actor and freelance artist. He’s still probably most well known as the voice of Soul Evans in Soul Eater, but recently he’s played Rei Ogami in Code:Breaker (a great series by the way), Bea in Space Dandy, and much more. He also just finished the last of Certain Magical Index with both A Certain Magical Index II and the Certain Magical Index Movie – The Miracle of Endymion. Recently he was also announced as Kazuki in Free! Eternal Summer. Check out his IMDB page and Wikipedia for more info on all his credits.

Not only is Micah a fantastic voice actor, he’s an artist with his own webcomic called Ties that Bind. Be sure to stop by his own website, DeviantArt page, his Twitter page, and his Facebook page. 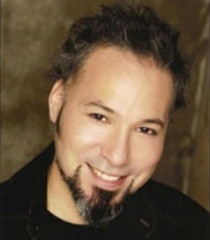 We were very excited to interview Leraldo Anzaldua because not only has he worked more with ADV/Sentai Filmworks (which we haven’t been able to interview many people from) but he’s extremely multitalented. He’s been a done stunt direction/fight coordinator, voice actor and director, and script writer. He’s played Takashi in High School of the Dead, Ryou in Hiiro No Kakera, Kengo in Little Busters!, and much more. You can friend him on his official Facebook page.