Welcome to our episode for June 15, 2012! Cori joins us again as we plow through a not as depressing week as we had last week. We have lots of new for Talk Nerdy to me, plus lots of videos. Be sure to subscribe to us in iTunes, and give us a review. Comment here to show us you care! And by all means, feel free to donate to us! 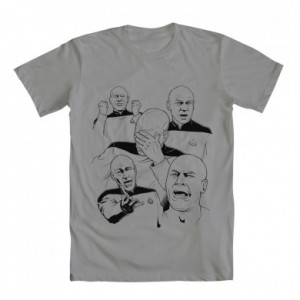 You can buy this epic T-Shirt at this at WeLoveFine.com. As they say on their product page, ALL OF THE FEELS.

Everyone is confused by Prometheus. This still has tons of questions.

This was done as a joke for WGN (some people were taking it much too seriously, but it was hilarious. I wish more actual advertising was like this.

Now that the Facebook IPO has been a disaster and they really have to be concerned about their profits, the people at Jest decided they would show what they think Facebook would be like when they start charging.


The acting in this is terrible, but the effects are cool and the antics are probably as true to life as you could imagine. What if Portal guns were real and in the hands of everyday people.

We have another clip for the Lego: Batman 2 with actual voices and showing that Superdickery by Superman is alive and well.

Now that Abraham Lincoln: Vampire Hunter is coming out, of course someone had to do a parody of it. I present Calvin Coolidge: Mummy Slayer!

If you’ve paid attention to my Adventures in Netflix posts you’ve probably noticed that I love to riff movies, even if its just for myself. But not many cartoons have been riffed before and that might be changing. Cartoon Lagoon looks to be the cartoon version of Mystery Science Theater 3000 and I’m very interested.

I didn’t want to put this at the beginning of the post and there is more info on it in Talk Nerdy to Me but I’m concerned about Catwoman’s spine. 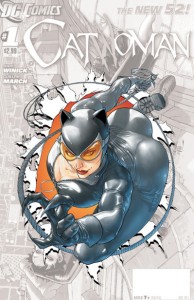 A little while ago we posted a video from College Humor about if Bruce Wayne had a rough start. Well they have continued the series by showing what would happen if people started to recognize him under the mask.


The guys at Rifftrax decided that they were going to start go into new territory by riffing video games. From the sample clip below, I think it was a smart choice. It will be interesting to see how they deliver these riffs.

This is one of those things that you didn’t know you were missing, but is pretty awesome. May I present Lego – Inception.

‘House Hunters’ fake? Possibly, but does it matter?

‘Toddlers & Tiaras’ tot Isabella Barrett is through with TLC

‘Dallas’ gets off to a strong start for TNT

DC Is as Crazy as Catwoman Is Misshapen and Twisted

Warner Bros. Is Already @#$%ing Up Their Justice League Movie

Rifftrax: Some Movies (and Videogames) Have It Coming