We’ve returned from A-Kon 26 in Dallas!

While we didn’t get as many interviews as we thought we would have, we were able to get a few big interviews of people we’ve never had the opportunity to meet with before and hopefully be able to make contacts to interview even more before our next convention. Stay tuned for Krista’s review of A-Kon 26 and we’ll be back with a regular episode later this week!

So it just so happens that our two interviews are two of the leads of Attack on Titan! Don’t worry, we’re not forgetting about you Armin, your voice actor just wasn’t at the convention. 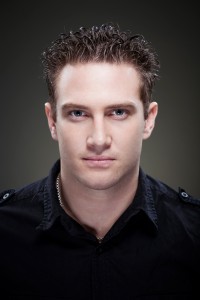 Bryce Papenbrook was our first guest at A-Kon 26 and we were very happy to have him on the podcast. Bryce has had many notable anime roles over the years such as Eren Jaeger from Attack on Titan, Kirito from Sword Art Online I and II (aka SAO), Rin Okumura from Blue Exorcist, Staz from Blood Lad, Masaomi Kida in Durarara!! (and its sequels) plus much more. In the video game world Bryce has played Nagito Komaeda and Makoto Naegi in the Danganronpa games, Zidane Tribal in the Dissidia Final Fantasy games, Asbel Lhant in Tales of Graces, and recently Machina Kunagiri in Final Fantasy Type-0. You can see more of his credits at IMDB, Behind the Voice Actors, and Wikipedia. Not only is he involved in all these things, but he’s an accomplished martial artists, having a 4th degree black belt in Tang Soo Do as well as experience in a few other styles. So just remember next time you hear your favorite character react in games, he knows it for real. Before the interview we discover that the best place to work out at a convention is the hotel gym during a con.

*Note: I’ve left a little B-roll at the beginning of the interview as we found out that Mike McFarland knows all the best places to eat in Dallas, and Ian Sinclair smokes cinnamon rolls and it sounds amazing. 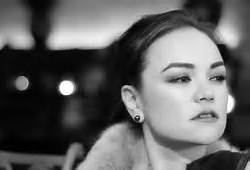 Trina Nishimura was our second guest at A-Kon 26 and glad to have her one as well! Trina has worked at Funimation for many years but is probably most well-known for her roles as Mikasa Ackerman in Attack on Titan, Kurisu Makise in Steins;Gate, Mari Illustrious Makinami in the new Evangelion movies. She’s also been in many of the new Funimation Broadcast dubs as Chain Sumeragi in Blood Blockade Battlefront, Yukari Otonashi in Rolling Girls, and Tokiko Kanzaki in World Break: Aria of Curse for a Holy Swordsman. You can see more of Trina’s credits at IMDB, Behind the Voice Actors, and Wikipedia.

While researching for the interview we consulted Wikipedia and found some very interesting entries (that have since been removed) that we’ve consulted her on. She played along for much of it, but as for her crossbow affinity, we can state that someone gave her a toy one during the convention and she had quite a lot of fun playing with it.