After a delay because of Thanksgiving holiday, welcome to part 1 of our Anime North Texas 2015 interviews! In episode #175, we interview voice actors Chuck Huber, Chris Rager, and Josh Martin. Our next episode will feature Greg Ayres, so stay tuned. 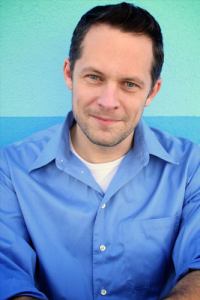 First up is Chuck Huber! He was actually our second interview at Anime North Texas but since Chuck opened our interview with a nice freestyle rap(?) show intro, we thought it would be a great way to start us off!

Chuck Huber is an actor, writer, director, and voice actor, who voiced Hiei from Yu Yu Hakusho, Android 17 and Pilaf from Dragon Ball Z, Shou Tucker in FMA, Stein in Soul Eater, among many others. We last met with Chuck Huber way back in 2011, when he was a guest at Anime Banzai in Utah when we were still known as Webertainment Weekly. Since then Chuck has been very busy. He’s been playing Dr. McCoy in the popular fan production of Star Trek Continues, has an upcoming role in season 2 of American Crime on ABC, and plays Colonel Kashoid in the upcoming film AmeriGeddon directed by the son of Chuck Norris, Mike Norris. Check out Chuck’s credits at his IMDB page and you can follow him on Twitter!

Our second interview is a combined interview with Chris Rager and Josh Martin! Together they are Mr. Satan and Buu from Dragon Ball Z and Anime North Texas 2015 was the first time that they’ve ever been at the same convention together! 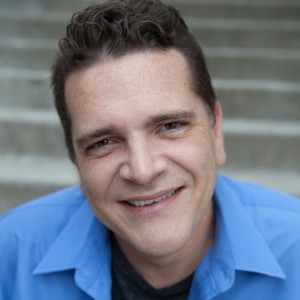 Chris Rager is a voice actor and comedian. He’s most well known for providing the voice of Mr. Satan/Hercule in Dragon Ball Z and Mr. Torgue from Borderlands 2, but most recently voiced Principal Asano in Assassination Classroom, Dagger Morse in Show by Rock, and is Rendain in the soon to be released Gearbox Software game of Battleborn. Check out the trailer introducing Rendain. 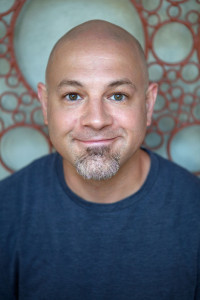 Josh Martin is a voice actor, performer, and comedian. He’s most well known for being the voice of Majin Buu in Dragon Ball, Yosaku from One Piece and Mason in both Fullmetal Alchemist and Fullmetal Alchemist: Brotherhood. He also was the body talent Barney the Dinosaur (including a great story where the suit caught on fire)! Checkout some of his credits over at IMDB. Josh is also a part Rhymin’ N Stealin’ The Original Beastie Boys Tribute Band as MCA. If you’d like to see them live in the Dallas area, Rhymin’ N Stealin’ is performing at the Dallas House of Blues on December 26th, 2015 for the fourth Holiday Hangover. Visit the band’s website and Facebook for more info.

Plus the comedy troupe that Josh and Chris founded will be the opening act featuring parody music and comedy and they hope to do more similar acts in the future!