Welcome to our second interview episode from Anime North Texas 2015!

We thought this episode would be a great way for us to come back and relaunch the podcast for the new year and with our new look with a much-anticipated episode, our interview with voice actor Greg Ayres!

We actually had a chance to interview Greg Ayres a couple of years ago during his time at Anime Fest 2013 but we had an audio glitch that ruined our interview so we were never able to post it. But we finally got the chance to redeem ourselves with another interview! 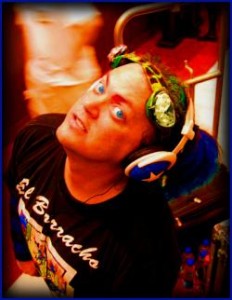 Greg Ayres is a voice actor and DJ that has been working in anime for over 13 years. He shares with us a little about how he got his start and how he got his start in DJing and how the two worlds of voice acting and DJing have collided for him, including being able to perform at various cons that he’s attended during their dances. Greg Ayres has been very popular as of late, partly due the return of Toonami, where’s he has been featured in several series, and partly because of the return of dubbing from Sentai Filmworks and the Broadcast Dubs with Funimation. Most recently he’s played Nagisa Hazuki in Free! Iwatobi Swim Club, Clear in Dramatical Murder, and Monokuma in Danganronpa (the anime version) and then teases us that there is even more new things on the way! You can follow him on Facebook and Twitter and check out more of his credits on IMDB and Anime News Network.

Check out his latest shows over at Amazon!