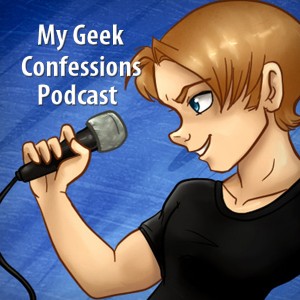 Welcome to our episode for May 04, 2012! Cori is back again and it’s another slow week of news before the Avengers, but we have some gems. The Avengers will probably be one of the nerdiest, geekiest moments of our lives, so I’m looking forward to it. Be sure to subscribe to us in iTunes, and give us a review. Comment to show us you care.

First, we have a LONG promo for Tron: Uprising. Basically it looks like if you’re a fan of the Tron: Legacy, then you’ll probably like this. I for one am excited.

Next we have a TV promo for Diablo III, which seems to have been in development forever. I wish the graphics from this promo were the whole game, it would be awesome.

The trailer that everyone is now talking about, The Dark Knight Rises gives us a whole bunch of info on the movie and it sounds like they made Bane understandable.

Portal 2 has a new PC/Mac add-on that let’s you design your own levels. They have another funny commercial with JK Simmons as Cave Johnson. And it still baffles me that he is also the voice of Tenzin in Legend of Korra as it’s a very different type of voice.

Then a funny song about Shia LeBeouf being a cannibal that then someone made into a great music video.

Then probably the best cosplay ever. There is no arguement. This is eawesome.

Peter Jackson Figured Out the Problem with the Hobbit Footage, and It’s You

NBC’s “Free” Olympics Livestream Is Misleading and a Bummer

Fringe Lives for One Final Season

‘The X Factor’ may hire Demi Lovato with Britney Spears

‘Community’: 3 new episodes in one night