Divergent – The newest in the post-apocalyptic teen movie genre is Divergent. Based on the novel of the same name, Divergent takes place in the near future of Chicago. In order to survive, the leaders of the citizen divide the people into five different groups based on their personalities. When Beatrice aka Tris, tests into multiple categories and is “Divergent,” she must keep her status a secret or be killed. But while she keeps her condition a secret, she and another “divergent” uncover a plot to take down the very government that would kill them. Stars Shailene Woodley, Theo James, Jai Courtney, Ray Stevenson, Miles Teller, Maggie Q, Kate Winslet, Tony Goldwyn, Ashley Judd, and Ansel Elgort. Rated PG-13.

God’s Not Dead – A movie of a Christian college student going against his atheist professor that supposedly makes his students renounce God in order to pass. (Not to mention I think there would be serious trouble/ethical issues if real.) Stars Kevin Sorbo, Shane Harper, David A. R. White, Dean Cain, Newsboys, Willie Robertson, and Korie Robertson. Rated PG.

Oculus – After 10 years in a mental hospital after being convicted of shooting his father, Tim Russell is released to his sister Kaylie. He shot his father after he saw his father kill his mother, but is convinced a supernatural entity linked to a mirror they owned is the cause. While her brother was locked up, Kaylie finds out the mirror’s dark past and is determined to prove that the mirror is the cause of the murders once Tim is free. Though with Guardians of the Galaxy out with Karen Gillan in it and being a smash, I’m surprised that they didn’t even put her on the cover. Stars Katee Sackhoff, Karen Gillan, Brenton Thwaites, and Rory Cochrane. Rated R.

Need for Speed – Need For Speed is based on the popular video game franchise, and has Tobey Marshall (Aaron Paul) framed for crime he didn’t commit. He uses an unsanctioned cross-country race as a way to get revenge, but as you can guess, it will cost him and he may get more than he bargained for. Stars Aaron Paul, Imogen Poots, Dominic Cooper, Scott Mescudi, Michael Keaton, and Dakota Johnson. Rated PG-13.

Community: Season 5 – The last season of Community on NBC as the sixth season has been picked up by Yahoo. Not Rated.

Mythbusters Collection 11 – 10 episodes of Mythbusters. Sadly from the descriptions I can’t tell if this is from the past season or if they are just random episodes. Not Rated.

Lego Ninjago: Rebooted – Battle for New Ninjago – The first half of the new third season (which I didn’t even know existed). The city is safe until evil Nindroids are made and try to take over the city. So the ninjago team must get new technology based weapons to fight the new threat. There are some complaints on the Amazon page that the disc only has 4 episodes but this makes more sense when there are only 8 episodes to the entire season that hasn’t even finished airing yet. Not Rated.

Pac-Man and the Ghostly Adventures – Let the Games Begin – Pac-Man and his friends prepare for the Pacolympics. Only contains 3 or 4 episodes. Not Rated.

Transformers Cybertron: The Complete Series – The complete set of the Cybertron Transfromers anime series. Not Rated.

Dragon Ball Z: Season 6 – The sixth season of the Dragon ball Z Blu-Ray with the rest of the Cell Saga. Just remember that they cut the aspect ratio on these, but I believe they have all the episodes unlike with DBZ Kai. Not Rated.

Love Lab: Complete Collection – A sub only release from Sentai Filmworks. After a lie that turns into a big misunderstanding, Aiko gets cast as an all girls school’s resident love expert and drafted to help with the student body president’s “Love Lab.” Things start to go out of control when the lab gets more popular and girls join the lab, while Aiko still doesn’t know much about boys at all. Not Rated.

Yuyushiki: Complete Collection – Another sub only release from Sentai Filmworks, this time about three girls of the internet club as they discuss everything including sometimes computers and the internet. Seems to be a slice of life comedy anime but I can’t tell for sure. Not Rated.

Sengoku Collection – A sub only release from Nozomi Entertainment (Right Stuf’s entertainment division). A mysterious light transports people to a world full of strange technology. While others adapt with new lifestyles, Oda Nobunaga tries to find a way back to their world, and must collect treasures for her and her friends to get back. Not Rated. 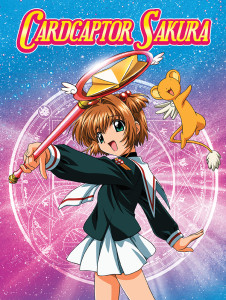 Cardcaptor Sakura: Complete Series Premium Edition – The series set that I thought was a Right Stuf exclusive but is listed here on Amazon, is a really expensive set of all 70 episodes of Cardcaptor Sakura on Blu-ray. But it does come in a huge set and not only features English dub (mono only but surprising it’s even there) as well as all the Japanese audio, all uncut with booklets. If you’re a fan of Cardcaptor Sakura or Cardcaptors (not sure if that’s the dub they refer to or not) then this is probably worth the extra dough for you. Not Rated. 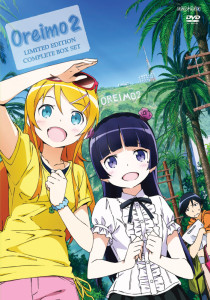 Oreimo 2 DVD Complete Box Set Limited Edition – This is a sub only Right Stuf exclusive from Aniplex that is the second season of Oreimo with all 13 episodes plus 3 OVA episodes. Not Rated.

Ultra Street Fighter IV – A reissue of Street Fighter IV, that’s been rebalanced from fan feedback plus the addition of 5 more players and 6 new stages. Available for PS3, Xbox 360, and PC. Rated T for Teen.

Sacred 3 – The sequel to the other two Sacred games, in the style of a hack and slack adventure. However, reviews say that this one is a terrible sequel that’s completely different from the previous games. Available for PS3 and Xbox 360. Rated M for Mature.

Teenage Mutant Ninja Turtles – Most likely a terrible game based off the terrible movie. Available on 3DS only. Rated E for Everyone 10 and Up.