Black Mass – Black Mass is based on the true story of mobster James “Whitey” Bulger during the 1970s as he tries to control the mob in Boston while working with the FBI as an informant and trying to take down the Italian mob and the rest of his enemies. As he leaves a trail of blood in his wake, he eventually goes on the run, evading the government for 16 years. Stars Johnny Depp, Benedict Cumberbatch, Dakota Johnson, Corey Stoll, Peter Sarsgaard, Jesse Plemons, Juno Temple, Joel Edgerton, Kevin Bacon, Sienna Miller, and Adam Scott. Rated R.

Steve Jobs – The Steve Jobs movie that everyone talked about but no one really saw. Steve Jobs is yet another retelling of the story of Steve Jobs, this one probably being the higher quality version than the Ashton Kutcher version since this one stars Michael Fassbender, directed by Danny Boyle, and written by Aaron Sorkin. This version of a Steve Jobs biopic follows Steve Jobs and Steve Wozniak from when they launched the first Macintosh to Steve Jobs returning to Apple to launch the iMac in 1998. Stars Michael Fassbender, Kate Winslet, Seth Rogen, and Jeff Daniels.  Rated R.

The 33 – The 33 is based off the true story of the 2010 Chilean Mining Disaster that trapped 33 miners for 69 days in a collapsed mine. When the neglectful mine owners don’t attempt to rescue the miners, their relatives convince the Chilean government to attempt rescue. The government is able to confirm they are alive by a small note attached to a drill and almost all 33 miners are able to be rescued in good medical condition, due in part to the foreman Luis Urzua who was able to keep the miners on task and their spirits up and Mario Sepulveda, who was the public face of the miners to the public. Stars Antonio Banderas, Rodrigo Santoro, Juliette Binoche, James Brolin, Lou Diamond Phillips, Mario Casas, Juan Pablo Raba, Kate del Castillo, Angie Del Carpio, Bob Gunton, and Gabriel Byrne. Rated PG-13.

Trumbo – A biopic with Bryan Cranston that got him nominated for Best Actor for the Academy Awards for playing Dalton Trumbo, a communist Hollywood movie writer that was blacklisted from working in the industry despite hidden successes until he was able to work for Spartacus. Rated R.

Peaky Blinders: Season Two – The second season of Peaky Blinders, set two years after the first season. The Peaky Blinders gang has increased its influence over the Birmingham area while gaining territory north and south. While this is produced by BBC 2 in the UK, its licensed by Netflix everywhere else. Not Rated.

Bump In the Night – The Complete Series – Bump in the Night as a complete series to relive your (and by that I really mean mine) childhood from when it played on ABC Saturday mornings. Not Rated.

Lego Ninjago: Masters of Spinjitzu: Season 5 – The fifth season of Ninjago with 10 episodes on 2 discs. Lloyd gets possessed by a spirit and the rest of the ninjas have to protect him. Despite its LEGO and simple animated nature, I have to admit that Ninjago is fairly entertaining. Not Rated.

Free! Eternal Summer: Season 2 + OVA – Probably the biggest release of the week at least as far as Krista is concerned! Free! Eternal Summer is the second season of the sports swimming anime. Originally slated for September 29, 2015 with the OVA going to be a separate release in the future. The set was delayed at the last-minute, and the OVA was added to the set (which we think was a good idea considering the length of the OVA). Since the delay, the first season has also been dubbed and released by Crunchyroll with the same cast, so now you’re able to watch the entire thing in English though in a roundabout way. One of the best episodes of this set is the OVA water gun fight episode which hasn’t been released in dub format until now so we’re very excited to see it for ourselves. If you’re interested in the Premium set, it comes with an artbook, collector’s towel, and more.  We’re a little confused on why it’s listed for sale on Amazon since it originally was a RightStuf and Funimation store exclusive but it’s there now. Not Rated.

Space Brothers: Collection 7 – Okay for real this is the second to last set of Space Brothers in the very long sub only series from Sentai Filmworks. Not Rated.

Fate / Kaleid Liner Prisma Illya 2we – The second season of the Fate/Stay spin-off with magical girls (and apparently I missed the first season?) that’s actually also a dub from Sentai Filmworks. Not Rated. 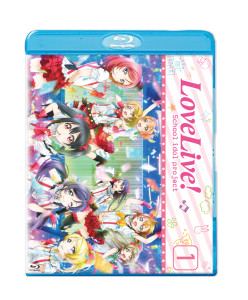 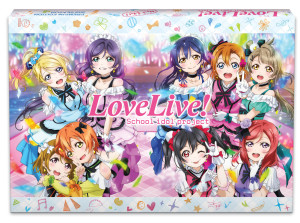 Love Live: Season 1 and Love Live: Season 2 – This release is a little weird. Love Live itself is the very popular series in Japan about a group of girls that form an idol group in an effort to prevent their school from shutting down. But Love Live has been released before by NIS America on sub only more than a year ago, however they re-released it again this time with an English dub. So when buying check your version. The reliable link is from RightStuf but it does appear to be sold on Amazon without any real indication which version you might be getting. This does one of the things we hate is doing sub only and then a year or so later the company releases a dub making you buy twice, and in this case it’s still rare for NIS America to dub almost anything. While we haven’t seen this dub, we do very much like the cast members such as Caitlin Glass, Christina Vee, Erica Mendez, Laura Post, and many others. Not Rated. 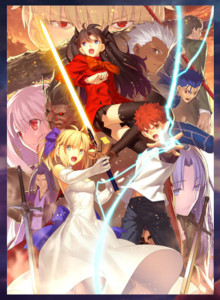 Project X Zone 2 – A tactical role-playing game with characters from Bandai, Capcom, and Sega as a mega crossover fighting game. Available for 3DS only. Rated T for Teen.

Fire Emblem Fates: Birthright and Fire Emblem Fates: Conquest and Revelation – Released on February 19, 2016 – Probably the other biggest release of the week, the long-awaited next set of Fire Emblem games. While at first it seems like they are near identical as far as gameplay a la Pokémon, the two games are very different both in difficulty and plot. So if you really want to have all the options, marriages, and plot lines, you must have both versions. To make matters worse, there is also a DLC in Revelation that gives even MORE options on how to play. FOr more details take a look at this article that explains more of the differences. All the games are available for 3DS only and Rated T for Teen.