The Divergent Series: Allegiant – The third installment to the Divergent series as Tris and Four escape beyond Chicago and discover the truth about Chicago and the different caste systems that they lived under was actually a government-run test to repair genetic damage and a war in Chicago. Really the official description for this is VERY unhelpful to know what the plot of the movie is. Stars Shailene Woodley, Theo James, Jeff Daniels, Miles Teller, Ansel Elgort, Zoë Kravitz, Maggie Q, Ray Stevenson, Daniel Dae Kim, Bill Skarsgård, Octavia Spencer, and Naomi Watts. Rated PG-13.

Miracles From Heaven – Miracles from Heaven is based on book of the same name about a young girl who disorder that forces her to only be able to get nutrition from feeding tubes. After falling out of a tree, hitting her head, and having a near death experience, the young girl seems to be cured of her disorder. Stars Jennifer Garner, Martin Henderson, Kylie Rogers, Eugenio Derbez, and Queen Latifah. Rated PG. 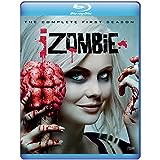 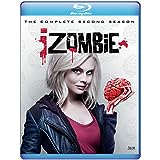 iZombie: Season One & iZombie: Season Two – The popular CW zombie crime series loosely based on the DC Comics/Vertigo series of the same name. iZombie centers around Liv Moore, a former medical resident that got turned into a zombie during a massacre at a boat party that saw the creation of several zombies. The zombies were created from a special ingredient in a new energy drink and caused those turned into zombies to crave human brains. To prevent herself from becoming a full zombie, Liv becomes an assistant medical examiner to have access to the brains that come in for examination. A side effect of her eating the brains is experiencing the victims memories and mannerisms that she uses to solve crimes and prevent the existence of zombies from becoming public knowledge. Though I have no idea why they waited a year to release to release the first season at the same time as the second season. Not Rated.

Slasher: Season 1 – The first season of Slasher, the first Chiller TV original series that was produced in association with Super Channel in Canada, that takes inspiration from American Horror Story about telling different stories with the same actors in different roles over various seasons. In the first season, Sarah Bennett returns to her hometown, and discovers that a series of copycat murders to the murder of her parents are being done at the hands of “The Executioner” that seems to be picking victims that symbolize the Seven Deadly Sins. Not Rated.

Colony: Season One – The first season of the USA Network’s original series, of a dystopian near future Los Angeles where the city is under a military occupation of aliens in human form under an oppressive regime. The series focuses on the Bowman’s, who are looking for their missing son, with on of them being forced to hunt down the Resistance or his family will be forced to a prison camp, and his wife that is secretly a member of the Resistance. Colony has been renewed for a second season for 2017. Not Rated.

LEGO DC Comics Super Heroes: Justice League: Gotham City Breakout – In the running for the longest title ever, this latest straight to video movie based on the LEGO video games but now totally having become its own thing. In this latest movie, for Batman’s birthday, the Batfamily forces Batman on vacation and the members of the Justice League offer to watch over and defend Gotham City while he’s away. However just as Batman leaves town, Joker breaks out of Arkham Asylum, and releases other villains out onto the streets of Gotham as the Justice League scrambles to round them all up. Not Rated.

Pokémon the Series: XY Kalos Quest – Set 1 – Episodes 1 – 22 of the next season of Pokemon XY (This is season 18 by the way) as Ash tries to gather the 8 badges of the Kalos region. Not Rated.

Rin-Ne: Collection 1 – The latest series from Rumiko Takahashi (creator of InuYasha and Ranma 1/2), about a young girl, Sakura Mamiya, who has always seen spirits but they have been even more annoying to her as of late and in her desperation to get help but not sound crazy, turns to her classmate Rinne Rokudo. Though she quickly learns that he’s a half shinigami and trying to send spirits to the afterlife though he may be in over his head. Sadly though this looks to be a fun series, this is a sub only release by Sentai Filmworks. Not Rated.

Good Librarian Like Good Shepherd: The Complete Series – This is a strange release as its a sub only release from Funimation. Based on an adult visual novel, a young male bookworm wants to read all the magic books in the world but was alone in the Library club until he saves a girl at the train station and they join the club. Not Rated.

Yatterman Night: The Complete Series – Another odd sub only release from Funimation. Yatterman Night is a series inspired by the original Yatterman series in honor of it’s 40th anniversay. Not Rated.

Shonen Hollywood – Holly Stage for 50: Season Two – Somehow I missed this, probably because it was yet another sub only Funimation release that flew under the radar. This time its the second season of Shonen Hollywood as the boys tries to continue to break into the idol world. Not Rated.

Hatenkou Yugi – Another late release that I missed that flew under the radar. Hatenkou Yugi is a sub only release from Sentai Filmworks with only 10 episodes. A girl kicked out of her house teams up with two different older bad boys that take dangerous jobs for money as traveling companions. Not Rated.

7th Dragon III Code: VFD – A JRPG sequel to a video game series that has been Japan only until this game though the games has to do with dragons AND time travel. Available for 3DS only. Rated T for Teen.

Ghostbusters – This is the new Ghostbusters video game based off of the new movie, though in a very confusing move it features a new team of Ghostbusters but NOT the new team from the movie. If you’re looking for a fantastic video game and more like a Ghostbusters 3, this is the much better video game. Available for PS4 and Xbox One. Rated E for Everyone 10 and Up. 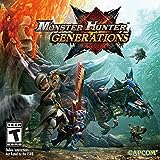