–  Note: Catching Fire is released on March 7th. – The new Hunger Games movie, where Katniss returns and is making a victor’s tour. However, President Snow isn’t happy with her or her image and wants to take her down before rebellion can set in. Even going so far as changing the rules of the Hunger Games to do so. Krista loved the movie. Stars Jennifer Lawrence, Josh Hutcherson, Liam Hemsworth, Woody Harrelson, Elizabeth Banks, Lenny Kravitz, Phillip Seymour Hoffman, Jeffrey Wright, Stanley Tucci, and Donald Sutherland. Rated PG-13. 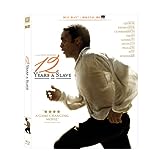 – A movie based on a true story of Solomon Northup. Originally a free African-American man living in the North of the United States. He’s kidnapped and sold into slavery, and forced into being as a slave on cotton plantations for 12 Years. A Stars Chiwetel Ejiofor, Michael Fassbender, Benedict Cumberbatch, Paul Dano, Paul Giamatti, Lupita Nyong’o, Sarah Paulson, Brad Pitt, and Alfre Woodard. Rated R.

The Last Days on Mars

–  This movie wants to be a Sci-Fi movie but is closer to horror, as on the last day before a return from Mars, a zombie like outbreak overtakes the crew. All reports are that this is not very good and better done when Doctor Who did it. Stars Liev Schreiber, Elias Koteas, Romola Garai, Goran Kostić, Johnny Harris, Tom Cullen, Yusra Warsama, and Olivia Williams. Rated R.

– One of the last films by Paul Walker, Hours is set in 2005 during Hurricane Katrina. Nolan Hayes (Paul Walker) has a daughter born, but is born early and must be put in a neonatal unit. But with the hurricane causing damage and the power goes out, Nolan tries to save his daughter. Rated PG-13.

Doctor Who: The Time of the Doctor

– The last special with Matt Smith as the Eleventh Doctor and takes place right after the 50th Anniversary Special. This does feature his reincarnation as the Twelfth Doctor with Peter Capaldi. But you’ll probably be better served for waiting for this to be part of the season set. Not Rated.

– Surprisingly, an Australian series is being released over here. A married couple that works in industrial cleaning and specializes in cleaning crime scenes. Through their experience they start to become amateur  sleuths. Not Rated.

Magical Legend of the Leprechauns

– This is a reprint of a fun NBC/Hallmark made-for-TV movie about an American that must help save the Leprechauns that live near him. It’s a fun movie, and I truly wish that Hallmark would go back to making films tied to different mythologies and Fairy Tales. They really are some of my favorite TV movies. Not Rated.

– The second part of the fifth season of the History Channel TV series. I’ll still use this graphic. Not Rated. 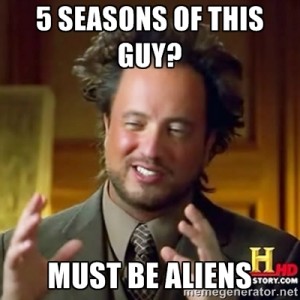 – Not sure if this is right, but it is two discs of episodes  (though I’m unsure how may episodes are contained on this as there is no run times) and according to Amazon, it says that the aspect ratio is in 4:3. This would be really weird as it aired in regular 16:9 and they would have had to cut it just for this DVD. It would be a horrible thing to do just for the DVD release. This is Teen Titans, with all of the same voice actors but focuses entirely on humor. Not Rated.

Slugterra: Heroes of the Underground

– The next five episodes of the TV series Slugterra. About a secret underground society that uses different types of slugs like bullets. Not Rated.

– The fifth season of the Venture Brothers, though it’s been out for much longer than just the five years because they have taken so long between seasons. Also one of the few good Adult Swim produced TV shows. Not Rated.

– Still have not been able to figure out how this is being releases thanks to multiple types of sets being released at the same time, but this is the great Funimation dub of One Piece with episodes 325 through 336. Not Rated.

– Okay, this one is a little complicated. This is a subtitle only release from Sentai Filmworks but this time I’ll give them a pass as Casshan was originally released in Japan in 1973. However, it gets a little complicated because this the original series of Casshan otherwise known as Casshern. This gets complicated because Funimation licensed, dubbed, and broadcast the reboot anime of Casshern Sins on Adult Swim a couple of years ago. So both companies have different versions of the same title and are rivals. Not Rated.

– This is another complicated release as there are several different versions of this title. This is the original anime that aired in 1982. I believe it’s been licensed a couple of times but I’m not sure. This time it’s licensed by Nozomi Entertainment (Right Stuf) and is subtitled only. Not Rated.

– Another weird anime release and Sentai Filmworks maybe not being the wisest (though I think this could be rectified easily). This is the DUBBED version of the series where the main character Kanako attends an all girls school, which is just the way she wants it as she’s into girls. So much that she is allergic to men. Things were going great until Kanako finds out that her roommate is actually a guy in drag. The reason this release is weird is that Sentai originally released this in 2010 as a subtitle only release with no price difference and then now decides to dub it. I am hoping that it’s because they are trying to use their licenses better now that they seem to be a healthier company, but for now I will just suggest wait and see if Sentai decides to release something dubbed. Not Rated.

South Park: The Stick of Truth

– A game with apparently a troubled history but it’s finally out. It does feature a story done by the creators and voiced by them at as well. Available on PS3, Xbox 360, and PC. Rated M for Mature.