Zoolander No. 2 – Zoolander 2 has now retired male models, Derek Zoolander and Hansel, forced out of hiding after the “world’s most beautiful people” are killed with the “Blue Steel” look on their face (including Justin Bieber in probably the best thing he’s done ever). Recruited by Fashion Interpol agent Valentina Valencia to go back into the world of fashion to put a stop to it. They must face the recently released from jail, Jacobim Mugatu (the villain from the first movie) and the new fashion diva Alexanya Atoz from using the world of fashion for evil. Stars Ben Stiller, Owen Wilson, Will Ferrell, Penélope Cruz, and Kristen Wiig. Rated PG-13.

The Finest Hours – Though you wouldn’t necessarily know it from the trailer, The Finest Hours is a Disney movie about a 1952 Coast Guard off the coast of Cape Cod during a terrible storm. Based off the book The Finest Hours the movie centers on Bernie Webber, who braves a massive storm to save the survivors of a sinking oil tanker and bring them back to shore while facing the elements and other complications along the way. Stars Chris Pine, Casey Affleck, Ben Foster, Holliday Grainger, John Ortiz, and Eric Bana. Rated PG-13.

Risen – The fact the Risen came out just a few weeks from Hail, Caesar! and follows a lot of the plot of the movie within the movie is very funny. Clavius and Lucius, Roman soldiers, are sent to investigate and try to disprove rumors that Jesus has resurrected and find his missing body. As Clavius investigates and interviews the Apostles, he begins to question his beliefs. Stars Joseph Fiennes, Tom Felton, Peter Firth, Cliff Curtis, Maria Botto. Rated PG-13.

How to be Single – How to Be Single follows Alice, who dumps her longtime boyfriend to move to New York City to become a paralegal by moving in with her sister. At her new job, Alice befriends her co-worker Robin. Robin love the single partying lifestyle, loving to get roaring drunk and have frequent one-night stands. Together they all as a group, try to navigate modern single life in New York City. Stars Alison Brie, Dakota Johnson, Leslie Mann, Jason Mantzoukas, Damon Wayans Jr., and Rebel Wilson. Rated R.

Major Crimes: Season 4 – Fourth season of the TNT The Closer spinoff. Not Rated.

Teenage Mutant Ninja Turtles: Beyond the Known Universe – To be extra confusing, this set is the name of the first episode on this set but actually is the first 12 episodes of season four of the new version of Turtles where (spoiler alert) the team travels back in time 6 months to before the Earth was destroyed and the Turtles have one chance to try to stop the destruction of Earth before it’s too late. Not Rated.

Tokyo Ghoul vA: Season 2 – The second season of Tokyo Ghoul that continues the journey of Kaneki, who has changed personality AND looks due to torture from a fellow ghoul. His friends try to save him with both sides have to deal with the government that is hunting down ghouls peaceful and violent alike. We liked Tokyo Ghoul but the conclusion did leave much to be desired though it appears some of this is anime only. It does feature former guest J. Michael Tatum as one of the best ghouls in the show, Tsukiyama Shuu. Though out of order, the second season of Tokyo Ghoul was one of the first Broadcast Dubs and finally coming to video. Not Rated.

Seraph of the End: Vampire Reign – Season One, Part One – Also one of the first generation of Broadcast Dubs, Seraph of the End: Vampire Reign follows Yuichiro and Mikaela as they try to survive a plague that kills all humans in the world over the age of 13, leading the vampires to take over the world and the humans that try to stop them. Yuichiro and Mikaela are split, believing the other to be dead and try to do their best to survive in the new world. When they find out that the other is alive, they stop at nothing to try to be reunited. Seraph of the End also features our former guest, Micah Solusod as Yuichiro. Not Rated.

Shirobako: Collection 2 – The second half of Shirobako, the anime about a group of friends that work together in the anime industry. Sadly only a sub only release from Sentai Filmworks. Not Rated. 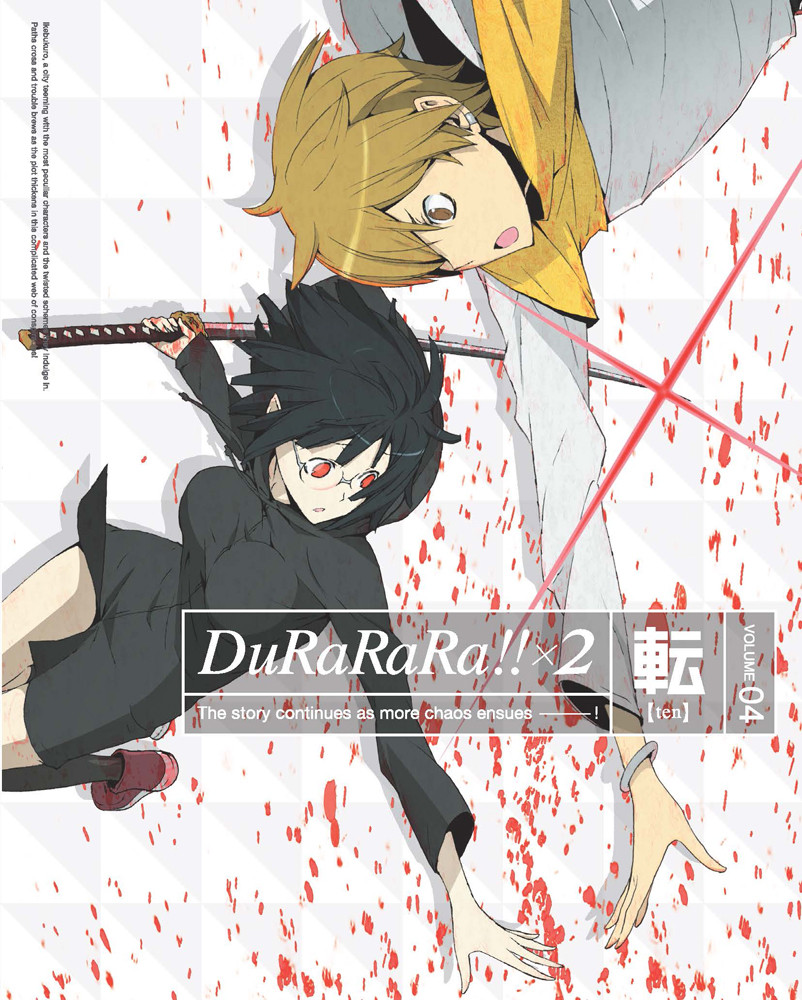 Durarara!! x 2: Volume 4 – The second season of the Durarara continues in its second arc with episodes 19 – 24, though with the additional OVA for episode 13.5. For the added expense of this RightStuf/Aniplex exclusive, you do also get a 16-page deluxe booklet, illustration post cards, and clear cases with 2-sided wraps. Not Rated.

Overwatch – The latest video game from Blizzard Entertainment. This game takes place in the near future where various heroes have formed the peacekeeping force called Overwatch. In reality its a PvP type game with players fighting against players using various abilities to defeat the competing team (It really looks a lot like multiplayer Halo but with characters having different abilities). For me the best part of the series has been the initial trailer and the various character trailers that have been released then the actual game play. Note that the game does require an internet connection but thankfully no monthly fee from Blizzard. Also be aware, there are multiple editions for Overwatch; including a Collector’s, Origins, and a hard to get (sometimes cheaper) Standard edition. Available for PS4, Xbox One, and PC. Rated T for Teen.