Terminator: Genisys – Terminator: Genisys is the fifth movie in the Terminator franchise and is a very strange attempt to reboot the franchise. Through the magic of time travel, instead of the Sarah Connor from the original films, when Kyle Reese is sent back in time, he discovers that Sarah Connor has been raised by a peaceful aging Terminator. Adding to the weirdness is that her future son, John Connor, supposed savior of humanity, has now been turned into a Terminator himself. So now Kyle Reese, Sarah Connor, and a Terminator must fight to restore the timeline or find and even better version of the future. Stars Arnold Schwarzenegger, Jason Clarke, Emilia Clarke, Jai Courtney, Lee Byung-hun, and J. K. Simmons. Rated PG-13.

Trainwreck – Though you’d expect something completely different from the poster (at least I did thinking they were getting married or met at a wedding), Trainwreck is about a woman who has the free wheeling lifestyle that most guys like to have until she meets a sports doctor that actually likes her and changes her viewpoint on relationships. The newest Judd Apatow movie (which explains a lot there too) is also written by Amy Schumer and also surprisingly stars both John Cena, who I’m still surprised to see him in a mainstream film, and LeBron James,who I’m surprised to see acting in a film at all and seems to be fairly capable. Stars Amy Schumer, Bill Hader, Tilda Swinton, John Cena, LeBron James, Brie Larson, and Colin Quinn. Rated R.

Self/less – Self/Less or Selfless – A rich billionaire Damian Hale (played by Ben Kingsley) is diagnosed with incurable cancer and is presented with a new medical procedure called “shedding” that’s basically body-switching into a younger healthy body that is supposedly brain-dead and has no relations. Given a new life as Edward (played by Ryan Reynolds), Damian discovers that the body that he now inhabits has more of a past than he was told and the actions of the those that perform the body-switching are actually performing criminal acts and now that he knows, they are trying to kill Damian and any others that might know their secret. Stars Ryan Reynolds, Matthew Goode, Ben Kingsley, Michelle Dockery, and Derek Luke. Rated PG-13.

Mr. Holmes – The first movie I’ve ever seen that has a Rotten Tomatoes freshness logo on its cover. An old and retired Sherlock Holmes that has to rely on his housekeepers son to help him overcome his failing memory and solve his last unsolved case. Rated PG. 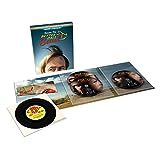 Better Call Saul: Season 1 – The first season of the Breaking Bad spinoff/prequel produced by AMC about Saul Goodman. Not Rated.

Nathan For You: Seasons One & Two – The first two seasons of the Comedy Central series, Nathan For You, best known for doing the stunt of Dumb Starbucks. Not Rated.

Gosei Sentai Dairanger: The Complete Series – The original Sentai series that became known as the second season of Power Rangers here in the United States with the introduction of the White Ranger. Not Rated.

Alvin & The Chipmunks: Alvin’s Wild Adventures – Though the whole series has been available for streaming (I believe I’ve seen it on Hulu), this is a Blu-ray/DVD combo that despite having both formats is only the first 7 episodes of the TV series of CGI Alvin & The Chipmunks that looks like the stuff of nightmares. Not Rated.

Naruto Shippuden Uncut: Set 24 – Episodes 297 – 309 of Naruto Shippuden. Naruto and Killer Bee fight a reanimated Itachi as Kabuto is trying to use him but finally the past of Itachi will be revealed! Not Rated.

Danganronpa: Complete Series – The Danganronpa anime series based off of the video game series, however it looks like only Bryce Papenbrook is the only returning voice from the video games but that is probably in large part because this is dubbed and released by Funimation. Not Rated.

One Piece: Collection 14 – The other way to collect One Piece in the chapter sets with more episodes, this set includes episodes 325 – 348, where Ace fights Blackbeard and the first time meeting Brook before he joins the Straw Hat crew. Not Rated.

Blue Spring Ride – A subtitled only release from Sentai Filmworks about a girl who was unpopular in Junior High due to all the the guys liking her, so in High School she attempts a fresh start and gains friends until she meets the one guy she truly liked from Junior High once again. Not Rated.

La Corda D’Oro – Blue Sky: Season 2 – The sub only release from Sentai Filmworks that’s the continuation of La Corda D’Oro based off the series of video games. This one is based on third video game and the manga. Think of this as Uta no Prince-sama but with instruments instead of singing. Not Rated. 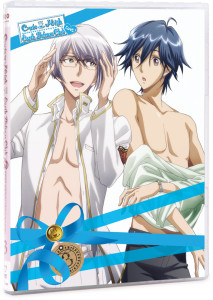 Fallout 4 – Five years after the release of Fallout: New Vegas, Fallout 4 is set 200 years after the falling of the atomic bombs in post-apocalyptic Boston. Fallout 4 has been incredibly anticipated with a free-to-play mobile app about life in the vaults and a special preorder version, long since sold out that included an actual Pipboy from the video game series to use with a smartphone. Available for PS4, Xbox One, and PC. Rated M for Mature.

Rise of the Tomb Raider – The sequel to the rebooted Tomb Raider from 2013. This is a weird timed exclusive where it’s only available as an Xbox exclusive until the end of 2016. So if you want the game now, then you’ll have to have an Xbox. Otherwise it will come to other systems eventually. Available now for Xbox One and Xbox 360. Available next year for the PS4 and PC. Rated M for Mature.