How to Train Your Dragon 2  – How to Train Your Dragon 2 is the much-anticipated sequel to How to Train Your Dragon and takes place five years after the first movie. Everyone has matured and Hiccup is being pressured into becoming the new Chief of Burk. When they find that there is a new dragon threat, they also find that Hiccup’s mother isn’t dead and is a dragon trainer herself. The story however is completely original from the books and I’m not sure if the movie has any real connection to the TV series that has been airing on Cartoon Network. We quite liked How to Train Your Dragon 2 and you can read our review of it here.  Stars Jay Baruchel, Cate Blanchett, Gerard Butler, Djimon Hounsou, America Ferrera, Kit Harington, Craig Ferguson, Jonah Hill, Christopher Mintz-Plasse, T.J. Miller, and Kristen Wiig. Rated PG.

Let’s Be Cops – Two friends decide to dress up as police officers for a costume party, but get mistaken for real cops. The position goes to their heads and they start to pose as police officers for real and then get mixed up with mobsters, dirty cops, and other real threats while trying not to get caught breaking the law for impersonating police officers. Stars Jake Johnson, Damon Wayans, Jr., Rob Riggle, Nina Dobrev, James D’Arcy, Keegan-Michael Key, and Andy García. Rated R.

Tammy – Extended Cut – The newest movie from Melissa McCarthy is Tammy. Tammy’s life is a mess, but things go from bad to worse when she wrecks her car, is fired from her job, and finds her husband with another woman. With her drunk grandmother on a trip to Niagara Falls, things continue to go wrong as they have misadventures while Tammy is trying to put her life together. Stars Melissa McCarthy, Susan Sarandon, Allison Janney, Toni Collette, Sandra Oh, Dan Aykroyd, and Kathy Bates. Rated R.

Jersey Boys – In things that you didn’t think would happen, Jersey Boys is based off the Broadway musical of the same name about the group Four Seasons but is directed by Clint Eastwood. Stars John Lloyd Young, Erich Bergen, Michael Lamenda, Vincent Piazza, and Christopher Walken. Rated R.

Monty Python Live (Mostly): One Down, Five to Go – The Monty Python concert movie that was done live in the UK and broadcast in theaters here in the USA. Rated PG-13.

Batman: The Complete TV Series – Limited Edition – This is definitely a set that you need to pick up! After years of it being unavailable, the rights have finally been worked out and the famous Batman TV series starring Adam West and Burt Ward. It’s a little expensive but definitely worth it as it comes with tons of extras including a model Batmobile! Not Rated.

True Blood: Season 7 – The last season of True Blood from HBO. Not Rated.

Getting On: Season 1 – The first season of the HBO series. Not Rated.

Dads: The Complete Series – The complete 1 season of the FOX comedy that didn’t do that great last season. Not Rated.

Star Wars: The Clone Wars: The Lost Missions – These are the final 13 episodes of the Clone Wars that were finished (of a planned 22 episode season) when Disney bought the rights to Star Wars that aired on Netflix now arriving on video. Not Rated.

Phineas & Ferb: Star Wars – Phineas & Ferb are on a roll with their crossovers and this time they crossover with the Star Wars universe when plans for the Death Star fall into their hands. The disc also comes with five additional episodes. Not Rated. 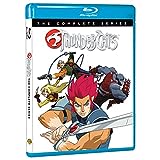 ThunderCats: The Complete Series – The complete (sadly one season) of the Cartoon Network rebooted ThunderCats that was much better than people give it credit for. If you haven’t picked up the series before, this is definitely a good way to pick it up in one shot. Not Rated.

Winx Club: The Complete Original Season 2 – The original Winx Club season 2 on DVD in one set at a reasonable price. Not Rated.

Sailor Moon: Season 1 Part 1 – The first part of the redub of Sailor Moon in a Blu-ray/DVD combo pack with 23 episodes with 6 discs (split between Blu-ray and DVD). We’ve watched this redub and have been quite impressed by it, even though we miss the original. RIP British Luna. Not Rated.

Patema Inverted – Another movie from guest Michael Sinterniklaas where he stars in the lead role about a Princess from an underground world and gravity is opposite for her. This had a limited run in theaters thanks to GKids but is now finally out on video. Not Rated.

My Mental Choices Are Completely Interfering With My School Romantic Comedy: Complete Collection – A subtitle only release from Sentai Filmworks. Kanade has a curse that makes him live out a real life choose your own adventure game but with options that he never gets to choose and with usually terrible outcomes. Finally a girl shows up to help him get rid of the curse, but she’s now lost her memory. Not Rated.

Welcome to the Space Show – Another GKids release with a movie about 5 elementary school kids and an alien space dog they make friends with over their summer vacation. This does come with a dub done at NYAV Post (Michael Sinterniklaas’ company). Not Rated.

Stella Women’s Academy: Complete Collection – Another sub release from Sentai Filmworks. Girls with guns in a survival game. Not Rated.

Assassin’s Creed Unity – Definitely one of the biggest releases of the week, Assassin’s Creed Unity is the next installment of the Assassin’s Creed franchise that this time takes place during the French Revolution. However, rumor has it that the game is incredibly glitchy so you might want to hold off on this one until they release some patches for it. Available on PC, PS4, and Xbox One. Rated M for Mature.

LEGO Batman 3: Beyond Gotham – The other great game this week, that I’m hoping they do a good movie for like they did for the last LEGO Batman game, but this time Batman goes Cosmic and brings the whole Justice League with him. Plus it’s filled with lots of fun voice actors. Available on PS3, PS4, PS Vita, Xbox 360, Xbox One, PC, and Wii U. Rated Everyone 10 and Up.

Digimon All-Star Rumble – The newest Digimon fighting game that lets you fight as different Digimon throughout the different seasons. It does feature a lot of the voice actors voicing their roles from the series as well. Available on PS3 and Xbox 360. Rated E for Everyone 10 and Up. 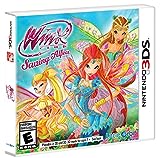