Brave – The newest of the Pixar movies this time with a female protagonist. I’m sure that the quality will be great, but I think they have messed up a little on the advertising on this one. Mirida accidentally changes her mom into a bear and has to fix it. This all happens because they are trying to force her to be a princess and she just wants to change her fate. You can read my review on the movie here. Stars Kelly Macdonald, Julie Walters, Billy Connolly, Emma Thompson, Kevin McKidd, Craig Ferguson, Robbie Coltrane, and John Ratzenberger. Rated PG. 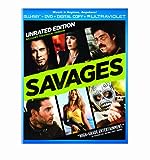 Savages – A woman who is sleeping with two men that run a US run marijuana business is kidnapped by a Mexican drug lord to get them to give up their territory. They go after the drug lord to get her back. Oliver Stone admits that he has smoked pot nearly every day since the Vietnam War, so I guess at least he knows what he’s talking about. Stars Taylor Kitsch, Blake Lively, Aaron Johnson, John Travolta, Benicio del Toro, and Salma Hayek. Rated R.

The Watch – This movie was originally called The Neighborhood Watch but was changed after the Treyon Martin shooting to just The Watch. These separate “normal” guys use the watch to escape their boring lives. However, they find evidence that aliens have been posing as their neighbors so they are are on a race to stop the aliens and save the world. Stars Ben Stiller, Vince Vaughn, Jonah Hill, Richard Ayoade, and Rosemarie DeWitt. Rated R.

Nitro Circus: The Movie – The guys from MTV Nitro Circus (who are apparently from UT) do cool stunts in 3D. That’s pretty much it. Rated PG-13.

Saints & Soldiers 2 Airborne Creed – I’m including this one because it was filmed in Utah, and I’ve heard nothing but good things about it. Especially for being made on a relatively low budget. Rated PG-13.

Doctor Who: Series Seven, Part One – The latest part of the series that sees the rest of the tenure of Amy and Rory Pond. This is everything before the Christmas Special, with the rest coming in the spring. Not Rated.

Friends: The Complete Series – For those of you wanting to watch this series in HD that was made after the fact, here’s your chance. Not Rated.

Lost Girl: Season 2 – Here is the live action TV series that Funimation has been releasing (and heavily promoting). At least the first season has aired on SyFy channel. Not Rated.

Teenage Mutant Ninja Turtles: The Complete Classic Series Collection – For those of you who want a cool art box and don’t have all the seasons of the show yet, you can pick up this keepsake. Not Rated.

Scooby-Doo! Mystery Incorporated: Season 2, Part 1 – Danger in the Deep – The actually pretty good Scooby-Doo series airing on Cartoon Network. Strangely this does seem to be a pretty straight forward release from Cartoon Network. This series is really unlike any other Scooby-Doo with lots of weird stuff and tons of pop culture references. Plus it’s just silly. Not Rated.

Children Who Chase Lost Voices – Another sub only release from Sentai Film Works. This is done by the same guy who did 5 Centimeters per Second, and Voices of a Distant Star. This time a girl hears a strange song on the radio and is then transported into a different world. Not Rated.

Sgt. Frog: Season 3 – I believe this is a combined release of two box sets from Funimation. Not Rated.

Hellsing Ultimate: Volumes 5-8 Collection – Another release from Funimation, this one is the second half of the Hellsing OVAs that we had a couple weeks ago. Something not to miss if you’re a Hellsing fan. Not Rated.

Call of Duty: Black Ops II – This is a sequel to the 2010 game. It’s mainly set in the near future, but also goes through the Cold War during the 1980s. Also there is a newly expanded Zombie experience. Available for Xb0x 360, PS3, Wii U, and PC. Rated M for Mature.

Call of Duty: Black Ops – Declassified – This is the PS Vita version of the Call of Duty game. I’m not able to really tell what the difference is between with this one and the new Call of Duty game is that this is mobile. Yeah lots of info. It says no rating for now, but I’m assuming that it’s going to be Rated M. 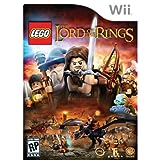 LEGO Lord of the Rings – Recent Lego games haven’t disappointed and according to good sources, this one is very good and includes voice acting and clips from the movies. Obviously with more humor than the original but just in time for the new Hobbit movie. Available for the Wii, Xbox 360, PS3, PC, DS, 3DS, and PS Vita. Rated E for Everyone 10 and Up.

The Sims 3 Seasons – A new expansion pack for the Sims 3. Better than the Katy Perry one. Rated T For Teen.

The Hip Hop Dance Experience – So I think that this is the Hip Hop version of the Just Dance. So if you enjoy that good luck. Available for the Wii and the Xbox 360 with the Kinect. Rated T for Teen.

Just Dance 4 – The next addition to the Just Dance franchise. Available for Wii, Wii U, PS3, and Xbox 360. 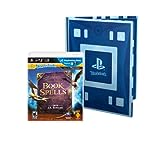 Wonderbook: Book of Spells – Apparently this is a Harry Potter game without actually being a Harry Potter game, though written by J.K. Rowling. WARNING: This game requires both the Playstation Eye camera and the Playstation Move peripherals and the book itself is one as well. So if you’re one of the 12 people with both of those, have fun. Rated E for Everyone 10 and Up.

Ben 10 Omniverse – I’m surprised that this is already out, as the first season of the show isn’t even over yet. But you do get to play both young and teen versions of Ben, even at the same time as well as play along side Rook. No word on Gwen and Kevin though. Available for Xbox 360, Playstation 3, Wii, Wii U, DS, and 3DS. Rated E for Everyone 10 and Up.