X-men: Apocalypse – X-Men: Apocalypse finally comes to video 2 years to the day since the release of Days of Future Past. This latest X-men adventure continues the path of the last few movies, taking place in a previous time period to better reflect the arcs that they had in the original comics. X-Men: Apocalypse takes place in the 1980s with the return of Apocalypse, the first mutant (and first glimpsed at the end of Days of Future Past). Throughout history, Apocalypse has tried to rule the human race as a deity and when they reject him or do something against his wishes, Apocalypse recruits other mutants to become his “Four Horsemen” to do his bidding and destroy those that would oppose him. Upon his awakening this time after begin sealed for thousands of years; Apocalypse recruits Magneto, Angel, Storm, and Psylocke to become his horsemen. It’s up the remaining X-Men to join forces and stop Apocalypse before he can cause an extinction level event to force humanity to restart and allow him to rule over mutants. Don’t forget to check out Krista’s review of the movie! Stars Rose Byrne, Michael Fassbender, Nicholas Hoult, Oscar Isaac, Jennifer Lawrence, James McAvoy, Olivia Munn, Evan Peters, Tye Sheridan, Kodi Smit-McPhee, and Sophie Turner. Rated PG-13.

The Purge: Election Year – The third Purge film and sequel to The Purge: Anarchy from 2014. The confusing timeline of The Purge continues. In this sequel to The Purge: Anarchy, Leo Barnes is now head of security for Senator Charlie Roan, just two years after the second movie (and yet somehow 18 years after Charlie Roan was attacked with her family during one of the first purges which makes no sense since the second movie was during the sixth or seventh purge). Senator Roan is now running for President and running on the platform of ending the Purge. Her opponents will do anything to stop her, including changing the rules of the Purge, so Leo Barnes and Senator Charlie Roan must survive for the next twelve hours with much of Washington D.C. on the hunt to kill her and anyone else around them. Stars Frank Grillo, Elizabeth Mitchell, Christy Coco, Mykelti Williamson, Joseph Julian Soria, Betty Gabriel, Terry Serpico, Edwin Hodge, Kyle Secor, Liza Colón-Zayas, Ethan Phillips, Adam Cantor, Christopher James Baker, Brittany Mirabile, and Raymond J. Barry. Rated R.

Sharknado: The 4th Awakens – The SyFy channel series of crap on purpose films continue with a Star Wars poster and title parody. The 4th Awakens is amazing to us since it’s ties to Utah, not only at Salt Lake City Comic Con but for the fact that the actual Governor of Utah has a cameo fighting sharks. THE STATE OF UTAH EVEN PUT IT AS ITS 404 page!

Swiss Army Man – Harry Potter/Daniel Radcliffe is a dead farting corpse with a boner that helps a man get off a deserted island and help him find love. Rated R.

Attack on Titan Movie: Part 1 – Live action version of Attack on Titan that we thought was a total letdown. Part 1 was much better than part 2 but the version reimagines Attack on Titan as a apocalyptic future that at the quickly veers off course from the original story. Some of the Japanese actors were not great in this but now that we’ve seen them in the new Shin Godzilla, it should redeem them. Not Rated. 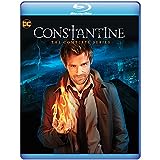 Constantine: The Complete Series – If there is one TV series you should buy this week, Constantine is the one to get. Sadly only going for one season, Constantine is a VERY underrated version of the DC Comics character and is loads better than Gotham ever will be. But because it was on NBC, it was soon canceled, even though it had a steam group of fans. Not Rated.

Jinsei: Life Consulting – The Complete Series – Sub only series from Funimation about Yuki, a young man sent to work at the school newspaper in its advice column and is forced to deal with three very different ladies that don’t agree on the advice that they dispense. Not Rated.

Gundam Reconguista in G – The mass release of Gundam continues with Gundam Reconguista in G. This series takes place in the “Regild Century” after Universal Century and a space elevator known as “Captial Tower” is worshiped as a holy place but the guard Bellri Zenam is attacked while on duty and must defend the elevator. Sadly this is sub only since I would really like to see this one dubbed since it’s so different from some of the other Gundam series.

Mobile Suit V Gundam: Collection 1 – While Reconguista in G is only a few years old, Mobile Suit V Gundam is quite a bit older having premiered in 1993. It’s the last series to fully be set in the Universal Century calendar and takes place after Gundam F91. This time a weak Earth Federation is invaded and a d 13-year-old must help defend it from the invaders. This is the first set with 26 episodes. Not Rated.

Re-Kan – A sub only release from Sentai Filmworks. Re-Kan is based on a 4-panel comic series about a transfer student who sees ghosts and the people that put up with her and her antics.

A Town Where You Live – After falling hard for the girl that temporarily lived in his town, Haruto moves to Tokyo to chase after her but finds that she already has a new boyfriend. He stays and tries to find a way to be noticed or move on and makes friends in the process. Sub only. Not Rated.

Strike Witches: the Movie – The sequel movie to season 1 and season 2 of Strike Witches as the aliens continue to attack the world and a new witch helps to continue the war after one of them loses their powers and decides to become a doctor. Not Rated.

Mafia III – The third Mafia game where a Vietnam War vet has his mob family is taken out by the Italian Mafia. So he decides to build up a new mafia to replace the one he lost and get revenge on the rival family that killed his surrogate family. Available for PS4, Xbox One, and PC. Rated M for Mature.

Paper Mario: Color Splash – The latest Paper Mario game. Available for Wii U only. Rated E for Everyone.