Dark Shadows – The Tim Burton movie flop that our guest host Simon didn’t like AT ALL. The movie is based off the old 1960s soap opera but has Tim Burton and Johnny Depp take it in a comedy direction. Barnabas Collins was turned into a vampire and locked away for 200 years before finally being released. Once out, he finds his family in disarray and tries to get them back together. Stars Johnny Depp, Michelle Pfeiffer, Helena Bonham Carter, Eva Green, Jackie Earle Haley, Jonny Lee Miller, Chloë Grace Moretz, and Bella Heathcote. Rated PG-13.

Iron Sky – After a couple fake outs of international releases, we finally have the release that’s a favorite of friend of the show, Scott. The movie is set in the future, sending a new astronaut to the moon and discovering that Nazi’s have set up a colony there and are planning an invasion back on the earth. The movie is completely ridiculous but is really funny. It will be the subject of an upcoming Adventures in Netflix. Stars Udo Kier, Julia Dietze, Peta Sergeant. Rated R.

People Like Us – A man going to the funeral of his father discovers that he had an older sister he never knew about and his father’s will stipulates that he must deliver her some money in person. This movie had almost no advertising so I’m interested to see how this does on video. Stars Chris Pine, Olivia Wilde, Elizabeth Banks, Michelle Pfeiffer, Mark Duplass, and Jon Favreau. Directed by Alex Kurtzman. Rated PG-13.

Red Lights – This movie was released in a limited release here in the USA in July and is already coming out on video. This movie has a fairly star studded cast. Paranormal investigators try to expose frauds by looking for  “red lights” (See what they did there?) When a blind psychic comes out of retirement and odd things start happening, a researcher is out to expose him, even when the evidence mounts against him. Stars Robert De Niro, Sigourney Weaver, Cillian Murphy, Elizabeth Olsen, and Toby Jones. Rated R.

Flying Swords of Dragon Gate – This is a sort of remake of a movie from 1966 and 1992 about the Dragon Gate Hotel. The hotel is wrecked but a pregnant concubine and a swordsman hide inside. Stars Jet Li, and Kun Chen. Rated R.

Cinderella – The Blu-Ray release of the Disney classic. Also comes with the short of Tangled Ever After which was in theaters with the 3D release of Beauty and the Beast. Not sure if this is the first time its on video or not. Rated G.

How I Met Your Mother: Season 7 – Possibly the second to last season (or one more after that) of the hit CBS sitcom. Not Rated.

New Girl: Season 1 – This is the first season of the what seems like a love it or hate it series from Fox. Not Rated. 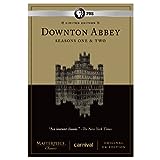 Downton Abbey Seasons 1 & 2 – The UNCUT version (did they have to cut a lot?) of the popular TV show (on both sides of the pond). This comes with both seasons in one set. Not Rated.

Hart of Dixie: Season 1 – A CW show (which usually makes it either REALLY good or REALLY bad) about a doctor from New York that goes to work at a small practice in Alabama. Not Rated.

Nikita: Season 2 – The second season of the series that’s like a quadruple remake. It has been renewed for a third season that will be premiering soon. Not Rated.

Magic City: Season 1 – A period series about Miami in 1959 when the hotel owner is forced to team up with the mob to keep his hotel going. It’s a pretty short first season at 8 episodes, but a slightly longer season is premiering on CBS soon. Not Rated.

90210: Season 4 – This remake series has lasted four seasons longer than I thought that it would. But it’s the CW. Not Rated.

Rules Of Engagement – Season 6 – The popular CBS sitcom continues. It was renewed for a seventh season but it’s midseason show. Not Rated.

The Six Million Dollar Man: Season 2 – The second season of the cult favorite. I do wonder what he would cost in today’s dollars. Not Rated.

VR Troopers: Season 1, Vol.1 – YEARS too late, but a show similar to Power Rangers from back in the day. Happy to see this one released. Not Rated. 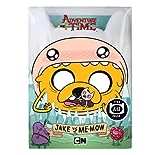 Adventure Time: Jake Vs Me-Mow – Cartoon Network continues to screw up normal releases with the next part of the Adventure Time. They have episodes of all four seasons in this pack instead of a season set. However one cool thing and I guess a way to justify the higher price, the set comes with it’s very own Finn hat. Not Rated.

Thundercats Season 1 Book 3 – What looks to be the very last of the new Thundercats. *Cries* Stupid Cartoon Network. Not Rated. (However this is now airing on Toonami, where it probably would have done better in the first place. Along with Sym-Bionic Titan.)

Transformers Rescue Bots: Roll to the Rescue – A very weird version of Transformers for kids. However some good voice actors in it, like Steve Blum. Not Rated.

Strike Witches: Season 2 – The fanservicy titles from Funimation continues. This is the second season, where the Strike Witches have to go against a new breed of alien. This is a nice Blu-Ray/DVD combo pack. However it’s tagline is “may win the war on pants”. *Facepalm* Not Rated.

NBA 2K13 – The next iteration of the franchise. Apparently it’s gotten to the point where the only way they can promote it is to have the thing Executive Produced by Jay Z. Which could mean he raised money for it or nothing at all. Sad. Rated E for Everyone. Available on XBox 360, Playstation 3, Wii, PSP, and PC.

Resident Evil 6 – The highly anticipated sequel to the famous franchise. This video game has a butt load of voice actors who are awesome. Even with some mixes of them doing the Mo-Cap and others doing the voices. Some are complaining this has too much action or is confusing. But it does have a mash-up of lots of Resident Evil characters led by Leon Kennedy. Rated M for Mature. Available on Playstation 3 and Xbox 360.