Marvel’s Captain America: Civil War – Thanks to all the battles and damage with the Avengers, the governments of the world want to keep the Avengers in check by using the Sokovia Accords to give them permission to fight. When a division forms between the Avengers on if to sign the Accords or to remain free from oversight. Adding to their division is news that Bucky Barnes aka The Winter Soldier has been found and may the cause for terrorist activity. Despite its name of Captain America, this movie also sort of functions as a Avengers 2.5 with some cameos from other Marvel characters, including Ant-man, Spider-man, and even legitimizes The Incredible Hulk by bringing back General Ross as now Secretary of State Ross. Stars Chris Evans, Robert Downey Jr., Scarlett Johansson, Sebastian Stan, Anthony Mackie, Don Cheadle, Jeremy Renner, Chadwick Boseman, Paul Bettany, Elizabeth Olsen, Paul Rudd, Emily VanCamp, Tom Holland, Frank Grillo, William Hurt, and Daniel Brühl. Rated PG-13.

Popstar: Never Stop Never Stopping – A cross between Justin Bieber’s Believe and the comedy group Lonely Island, Popstar: Never Stop Never Stopping is mockumentary about the life of popstar Conner4Real (formerly Conner) who used to be in the hit group Style Boyz before becoming a hit solo artist. When his latest album doesn’t sell, the out of touch Conner4Real becomes increasingly desperate to regain his popularity, all in front of the documentary cameras to catch every moment as he crashes to the bottom. Stars Andy Samberg, Akiva Schaffer, Jorma Taccone, Sarah Silverman, Tim Meadows, Imogen Poots, Joan Cusack, and Maya Rudolph. Rated R.

Conjuring 2 – The sequel to the The Conjuring. The movie follows The Warren’s during their time investigating the Amittyville Horror case and then being called over to Enfield in North London, to investigate the Enfield Poltergeist, where a young single mother and her 4 kids are being haunted and possessed. Lorraine Warren has visions that her husband, Ed Warren being impaled by a demonic looking nun. During their investigation of the Enfield Poltergeist, they discover that this nun is actually the force behind the hauntings and it is a race against time to stop the hauntings before Ed or someone else is killed. Though The Conjuring 2 is “based on a true story“, this again has to be taken with a huge grain of salt as the real story is barely even related to the story of the movie. In this case it seems that the movie was created after reading a paragraph summary about The Warren’s and another about the Enfield Poltergiest and combined the two. Stars Vera Farmiga, Patrick Wilson, Frances O’Connor, Madison Wolfe, Simon McBurney, and Franka Potente. Rated R.

Way too many TV series were released this week in preparation for the new seasons starting in the next few weeks. So only a few will be covered.

Childrens Hospital: Season 6 & 7 – The sixth and seventh seasons of the Adult Swim live action comedy (one of the few good ones) with the seventh season being its final season. Not Rated. 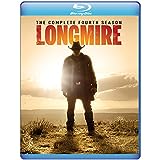 Crazy Ex-Girlfriend: Season 1 – The first season of the CW musical comedy about a lawyer suffering from depression and anxiety, moves from New York to Los Angeles to experience life and win back her first love. I’ve been looking forward to watching this as a replacement for Galavant since that has ended, though it appears Crazy Ex-Girlfriend has less music numbers instead of being a total musical like Galavant. Not Rated.

Barbie: Star Light Adventure – This new Barbie movie where Barbie becomes “Princess Starlight” and somehow gets tasked with finding a way to save all the stars in the galaxy. It doesn’t make a lot of sense other than a way to sell future space versions of Barbie toys. Not Rated.

Batman Unlimited: Mechs vs. Mutants – The latest no hidden agenda Batman movie that’s made supposedly specifically made to sell toys. Mechs vs. Mutants is almost the worst of the bunch! Penguin and Mr. Freeze team up and turn Killer Croc, Clayface, and Bane into building sized monsters and Batman and Green Arrow are forced into fighting them in giant robots. Not only is this basically Pacific Rim Batman style but they legit used the music of Pacific Rim in the fight! Not Rated.

Here’s the clip with music from Pacific Rim! It starts about halfway through.

Psycho-Pass: Mandatory Happiness – Mandatory Happiness is a little strange in that it’s a visual novel style game for Psycho-Pass set during the first 8 episodes of the first season (arguably the best part) following two new characters as they solve a series of mysteries in Sado Marine City. The only sad news here is if you’re a fan of the Funimation dub of the series, this game is sub only. Available for PS4 and PS Vita, though it does look like there is a Windows version coming on Steam in 2017. Rated T for Teen.

ReCore – ReCore is an Xbox/PC exclusive from the makers of Metroid Prime and Might No. 9. The game stars a woman named Joule, who crosses the desert trying to fight various robot animals. Available for Xbox One and PC. Rated T for Teen.