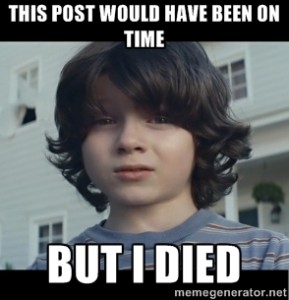 Now as you could probably guess, we at My Geek Confessions aren’t big into organized sports unless it’s sports anime. So when we watch the Super Bowl, we don’t watch for the game, we watch for the commercials. Usually the commercials are among the best of the entire year and are certainly among some of the most expensive. However, this year seemed a bit different. Most were boring, terrible, or depressing. So instead of going through all of them and ranking them, we’re just going to put them in the best and worst categories. Some of them with additional comment if we deem necessary but most will just be in this post to let the world know that Super Bowl XLIX was one of the worst Super Bowls in recent history for commercials.

On a lighter note: Left Shark

We’ve never been ones to shy away from good memes and we always like to end on a high notes so here’s the best thing about Super Bowl XLIX: The Left Shark from the Katy Perry Halftime Show.