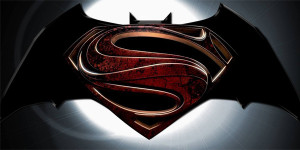 Well guys we’ve wondered about the state of Man of Steel 2 or Batman vs Superman or whatever the title of the next live action DC movie is going to be, and now we have an answer. According to several sources (just one of many), the film has been pushed back from July 17, 2015 to now May 06, 2016. We at My Geek Confessions are not surprised in the least that this is taking place because:

2. They were casting many characters, even outside of ones that they originally announced but no clue what they were going to do with them. Again because there was no script.

3. Why were they auditioning these characters and how were they doing it if no parts were written for them?

5. Plus the Man of Steel messed up Superman and the world so much, I’m not sure how they are going to continue. I’m pretty sure they announced Batman vs Superman because it’s an iconic scene but have no idea how to work it in to they story they already made. Especially since the iconic scene is from an alternate universe comic that wouldn’t work at all following Man of Steel.

Warner Bros. says that they are postponing the movie due to “the complex visual nature of the story” in order to give the filmmakers “time to fully realize their vision.” It’s very likely this is just terrible PR spin and they really aren’t ready at all. They just fall farther and farther behind Marvel.

However, the move  to May 06, 2016 is a curious one. The first date of July 17, 2015 was going to be a couple of months after the Avengers 2 but in a very crowded geek year with tons of things coming out in 2015. I’m sure they were worried about the lingering effect of Avengers and the comparisons against it, even a couple of months later. But the new date even though a year later, now is the same weekend as a scheduled but unnamed Marvel movie (though thought to be the Dr. Strange movie) and then a couple of weeks before X-Men Apocalypse and The Amazing Spider-Man 3 putting them into an even more crowded field and directly against Marvel. I’m sure that Warner Bros. is trying to play chicken with Marvel to get them to change date and ruin the rest of the Marvel based (X-Men and Spider-Man are both Marvel based but licensed to other studios and not part of the cinematic universe). The problem is though at this point, nearly all of those franchises are all in a stronger position with more fans than any DC based one as they are trying to build on ONE movie, where all their competition is based on of multiple movies. It’s a joke and delusional to think that DC can compete on the same level as their competition at the new date. I find it likely that they are going to play chicken and lose and move Batman vs Superman to November or December 2016 where the field is now wide open.

But things don’t end there. Warner Bros & DC provide another reason to facepalm. 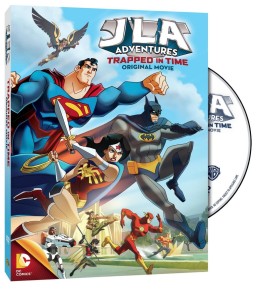 It was announced just a few days ago that a new DC animated title was going to be released, but was doing so as a “stealth” release with no promotion, advertising or anything to help it out. And to seal the deal, it was only going to be released at Target. The movie is “JLA Adventures: Trapped in Time” and actually sounds amazing.

Not to mention that its supposed to be sort of a spiritual successor to Green Lantern the Animated Series with nods to Young Justice, Kid Flash, and the Speed Force. Seriously, just from the voice cast alone I would think this would be amazing, but add in the ties to Green Lantern and Young Justice and I’m sold, as I know lots of the internet would be. This reeks of trying to be swept under the rug as DC is going be releasing “Justice League: War” on February 04, 2014, just a couple of weeks after this to much fanfare. It’s possible that this is being swept under the rug because it doesn’t fit into the New 52 that the new DC animated movies are supposed to be under. But please, go buy “JLA Adventures: Trapped in Time” and show Warner Bros. exactly the type of things that we want to see.

Well DC is at it again and making even less sense then before. They previously announced that they were going to have their animated features be based on the New 52, but JLA Adventures: Trapped in Time was an original story and didn’t fit into that mandate. But I can only guess that was wrong as DC has just announced a new animated feature with Batman & Son which is about Batman’s son Damian. The reason I say this blows it out of the water is the story is pre New 52 (though it only got a soft reboot into the continuity when they went over) so it shouldn’t fit that mandate. Not to mention that it’s supposed to come out “late spring.” That means that JLA: Adventures: Trapped in Time, Justice League: War, and Batman & Son are all going to be coming out within the space of four months of each other. While this is all great if you’re a fan (and I admit I do like Damian) this doesn’t seem to be making a lot of sense, and it definitely limits JLA even more.

Altogether, this wraps up into a big ball of disappointment. It’s shows plainly that Warner Bros. and DC have no real plan and can’t use their power of owning their own properties properly. They should have had a much easier time getting multiple things to the big screen. And their usual dominance in animation seems to be waning simply because they don’t know what they are doing. Warner Bros & DC, you never cease to disappoint.

I’d provide a link for you to buy the DVD off of Target.com but you can’t even buy it online. You must go to a Target store to get it. This whole thing reeks of massive failure.